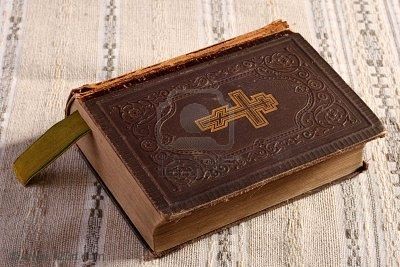 Scriptural Sola: What Is It?

The Protestant love and reverence for the Holy Scriptures is probably the most important gift that they have bequeathed to the world. Though the Orthodox Church is a far more scriptural body in terms of its incorporation of the word of God into its services and as the doctrinal basis of its existence, and though the gospels and epistles are more thoroughly covered liturgically and congregationally in the course of every year, the Protestant insistence on the daily perusal of these priceless writings and their incorporation into the immediate life of believers is something admirable and to be commended.

However, as strange as it seems, this estimable trait is almost something of a by-product from a very serious and divisive period in Christian history, a classic example of the Lord being able to bring something good out of something quite questionable. The topic we are discussing is called sola scriptura, the theory that the Holy Scripture contains all that is necessary for salvation and holiness; Scripture is self-authenticating and understandable to the reader, and is able to interpret itself, and is sufficient as the final authority of Christian doctrine. This theory took the form of a doctrine at the time of the Reformation, and to lesser and greater degrees became the governing factor of most Protestantism, remaining so to this day. Again, though in theory Protestantism does not deny Christian history and tradition, it relies on the scriptures as the final word of authority and thereby negates the influence of these other two in practice. In this arrangement, every written word is considered to be the immediate and direct word of God himself. The clarion call of Martin Luther that only God’s word can establish doctrines of the faith became the rallying cry for all the Reformers who believed that this method of doctrinal rationalizing was a return to the fathers and the ancient believers of the Church.

Unfortunately, there is no evidence that this was ever the case! Sola scriptura, for all its immediate democratic and self-interpretation attractions, was never a doctrine of the Church then or now, lacks any sort of foundational apparatus that would have been able to sustain the early Christian message, and most pointedly, is profoundly anti scriptural in that there is nothing in Holy Writ that even begins to assert such an assumption. Martin Luther, coming from an obsessive monastic existence that would likely have driven him mad if he continued in it, challenged several aspects of the corrupt practices of the Roman Catholic Church which was attempting to raise money through the sale of indulgences. This subject is complex; let it suffice that Luther had a case. However, when the logical ramifications of his actions required accepting obedience to the Pope, he refused, leaving the whole question of authority in the Church as a gaping meteoric hole that he had to fill, somehow. “He felt that he had illumination from above, not by his own merit, to be sure, and not by ecstatic revelation, but by the grace of God working quietly in his own experience, and if anyone should disagree with him on an important matter, he could pile up scriptural quotations and consign his opponent to God’s judgment.”1 The question that remains to this day is this: if Luther can do that, why can’t the rest of us? And his answer was precisely, “you can”.

So this whole notion of “scripture alone” was actually born out of one man’s intellectual and psychological issues with the authority of the Roman Catholic Church. The Orthodox Church has never known a Protestant Reformation, and the questions and answers which spawned sola scriptura are alien to her inner life and practice. Sola scriptura is not only erroneous in its assumptions but usurps the ongoing and ever-present activity of the Spirit in the Church, turning believers into private oracles. Orthodoxy however, can and does respond to teachings detrimental to the Christian faith. Far too often the Orthodox opinion is considered to be exactly that of Roman Catholicism, and while there is certainly some commonality of thought, this is not always the case. One of the issues has to do with the very notion of tradition and scripture in the life of the Church. Roman Catholicism tends to pit the two against one another like a balanced scale. As the Catechism of the Catholic Church says, when referring to “tradition”, “This living transmission, accomplished in the Holy Spirit, is called Tradition, since it is distinct from Sacred Scripture [italics mine], though closely connected to it”.2

Orthodoxy on the other hand, sees Holy Tradition as the guiding principle for Church life, consisting of two subordinate yet equal components: oral and written testimony. While this might seem like splitting hairs, the distinction is vitally important as it allows the scriptures to breathe freely in their own theological realm without in any way conflicting with the overall mind of the Church, which in essence is exactly what Holy Tradition is. “Instead of isolating scripture as a unique source of revelation and elevating it over and above tradition, Orthodoxy tends to assert one source for revelation, holy tradition, that comes to us in two forms, written and unwritten. […] Thus, while the principle of sola scriptura places scripture above tradition, Orthodoxy tends to see them as two coequal forms of one organic whole.”3

Of course many Protestants will insist that St. Paul’s comment in Second Timothy lends itself to this elevation over any other aspect of interpretative teaching: “…from childhood you have known the Holy Scriptures, which are able to make you wise for salvation through faith which is in Christ Jesus. All Scripture is given by inspiration of God, and is profitable for doctrine, for reproof, for correction, for instruction in righteousness, that the man of God may be complete, thoroughly equipped for every good work.”4 At first glance this does seem to support the argument; doesn’t scripture say what it is good for, including doctrine? But if this is taken as a final mandate for authority in the Church, would not Scripture itself be clearer on the matter, using terminology more forceful than simply “profitable”? As the mythical Sisyphus continues to push the rock up the hill, never achieving his goal yet never thinking of halting the effort, so those enmeshed in the circular arguments of sola scriptura are trapped in a real Catch-22. In fact this passage can be interpreted in a number of ways, which is proven by the verse preceding the ones quoted: “But you must continue in the things you have learned and been assured of, knowing from whom you have learned them [italics mine]”.5 In other words, there is an obvious oral or non-written aspect to these things St. Paul is talking about.

What of the self-authenticating nature of the scriptures? Does the New Testament consider itself inspired? The Orthodox Church is quick to assert this. “No Orthodox Christian would deny that Paul’s affirmation of the inspiration of the scriptures applies to the New Testament by extension. However, at the time Paul wrote to Timothy—and for almost three centuries thereafter—there was no official New Testament canon. Indeed, at that point, not all of the books of the New Testament had even been written.”6 Even St. Irenaeus of Lyons, a bishop writing around 178 AD, suggests that it would take some work to compile a list of scriptures then in use: “…it is beyond our scope and power to draw up an ordered list of all the Scriptures.”7 What this means is that Christians of the first 400 years were quoting and self-interpreting— for doctrine, for reproof, for correction, for instruction in righteousness—from books like the Protoevangelium of James, the Didache, and the Shepherd of Hermas, and a host of others, however worthy, that were being read in the churches at the time, and that didn’t make the final cut hundreds of years later when the current New Testament canon was established. Even St. Peter himself, who insists on calling the letters of Paul “scripture”, says in the same verse that Paul’s works are difficult and need interpretation: “…which untaught and unstable people twist to their own destruction, as they do also the rest of the scriptures.”8 So Peter’s testimony is that even among the baptized members of the Church, who according to the sola scriptura proponents should be able to interpret these things for themselves, there is a certain amount of preparation and emotional stability required to do so. Indeed, they need to be taught. The question naturally arises, taught by whom?

Only the Orthodox Church, with logical and patristic inclusion of the Holy Scriptures as an essential yet co-equal component of the one tradition provides an answer that ultimately makes sense. The canonical scriptures discerned and chosen were given birth in the midst of the Church, both that of the Old and New Testaments, and the child is not greater than the mother! They are a selection marked from among many books of the time that were determined to be apostolic and missionary—basic to the Christian message. The scriptures reside as the written image of the one Word of God, the second person of the Holy Trinity, though this image is in no way complete in itself as all the books in the world cannot contain what the Lord accomplished. The Scriptures only come alive when revealed through the living experience of the Church, its tradition. “We cannot assert that Scripture is self-sufficient; and this not because it is incomplete, or inexact, or has any defects, but because Scripture in its very essence does not lay claim to self-sufficiency…if we declare Scripture to be self-sufficient, we only expose it to subjective, arbitrary interpretation, thus cutting it away from its sacred source.”9

The Sacred Scriptures are part of the Tradition of the Church—Christian history knows no other alternative viewpoint until the sixteenth century when the Reformers in essence denied all previous activity of the Lord’s guidance for the life of the Church, and consequently, of mankind. This truly is the great sin of the Reformation. While it may not have been an intentional slight against the work of the Holy Spirit in the Church, and more the work of doctrinal connivance occurring in a great vacuum of the “anything goes” spirit of the Renaissance, certainly from a functional standpoint the damage to the faith given once to the saints was incalculable.

6 Clark Carlton, The Way, What Every Protestant Should Know About the Orthodox Church (Regina Orthodox Press, 1997), p.122

Carlton, C. (1997). The Way: What Every Protestant Should Know About the Orthodox Church. Salisbury, MA: Regina Orthodox.